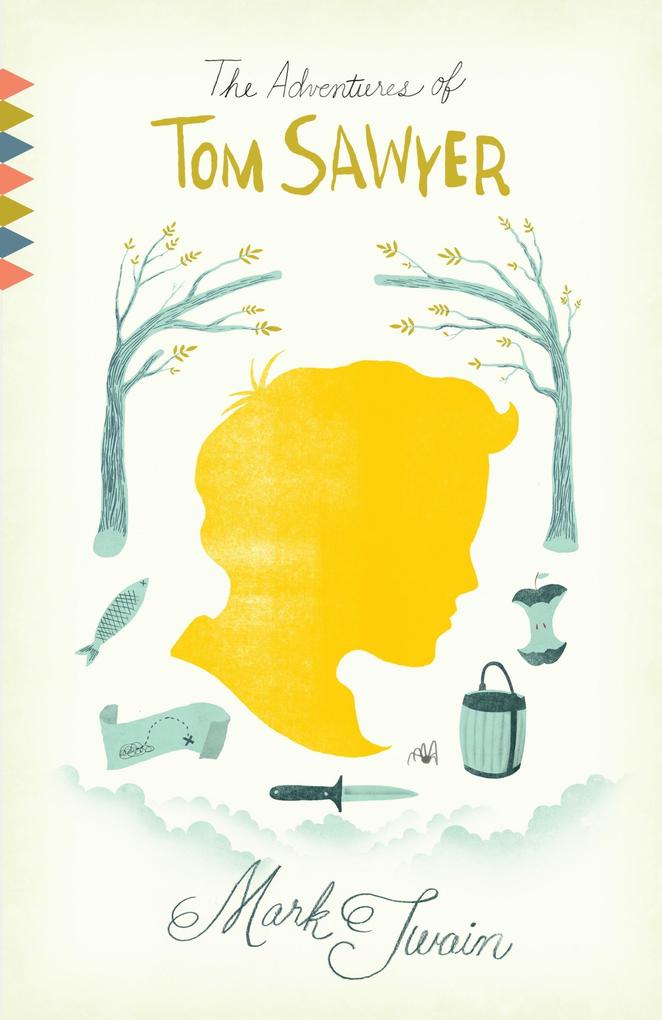 AUNT POLLY: Hang the boy, can't I never learn anything? Ain't he played me tricks enough like that for me to be looking out for him by this time? But old fools is the biggest fools there is. Can't learn an old dog new tricks, as the saying is. But my goodness, he never plays them alike, two days, and how is a body to know what's coming? He 'pears to know just how long he can torment me before I get my dander up, and he knows if he can make out to put me off for a minute or make me laugh, it's all down again and I can't hit him a lick. I ain't doing my duty by that boy, and that's the Lord's truth, goodness knows. Spare the rod and spile the child, as the Good Book says. I'm a laying up sin and suffering for us both, I know. He's full of the Old Scratch, but laws-a-me! he's my own dead sister's boy, poor thing, and I ain't got the heart to lash him, somehow. Every time I let him off, my conscience does hurt me so, and every time I hit him my old heart most breaks. Well-a-well, man that is born of woman is of few days and full of trouble, as the Scripture says, and I reckon it's so. He'll play hookey this evening, and I'll just be obleeged to make him work, to-morrow, to punish him. It's mighty hard to make him work Saturdays, when all the boys is having holiday, but he hates work more than he hates anything else, and I've GOT to do some of my duty by him, or I'll be the ruination of the child.