VOLUMNIA in «Coriolan» I. 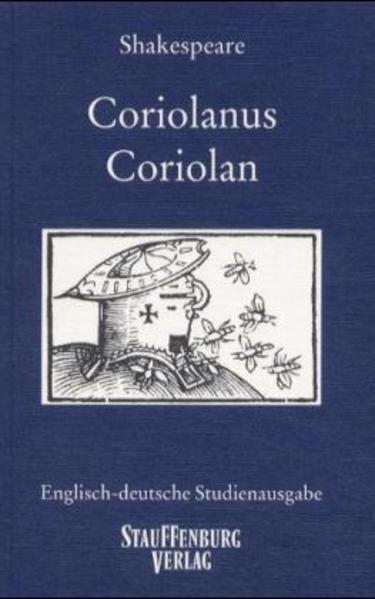 VOLUMNIA:
You are too absolute;
Though therein you can never be too noble,
But when extremities speak. I have heard you say,
Honor and policy, like unsevered friends,
I' th' war do grow together. Grant that, and tell me,
In peace what each of them by th' other lose,
That they combine not there.
If it be honor in your wars to seem
The same you are not, -- which, for your best ends,
You adopt your policy -- how is it less or worse,
That it shall hold companionship in peace
With honor, as in war; since that to both
It stands in like request?
It lies on you to speak
To th' people, not by your own instruction,
Nor by th' matter which your heart prompts you,
But with such words that are but roted in
Your tongue, though but bastards and syllables
Of no allowance to your bosom's truth.
Now, this no more dishonors you at all
Than to take in a town with gentle words,
Which else would put you to your fortune and
The hazard of much blood.
I would dissemble with my nature where
My fortunes and my friends at stake required
I should do so in honor. I am in this
Your wife, your son, these senators, the nobles;
And you will rather show our general louts
How you can frown than spend a fawn upon 'em,
For the inheritance of their loves and safeguard
Of what that want might ruin.
I prithee now, my son,
Go to them, with this bonnet in thy hand;
And thus far having stretched it, -- here be with them --
Thy knee bussing the stones, -- for in such business
Action is eloquence, and the eyes of th' ignorant
More learned than the ears -- waving thy head,
Which, often thus correcting thy stout heart,
Now humble as the ripest mulberry
That will not hold the handling; or say to them
Thou art their soldier, and being bred in broils
Hast not the soft way which, thou dost confess,
Were fit for thee to use as they to claim,
In asking their good loves; but thou wilt frame
Thyself, forsooth, hereafter theirs, so far
As thou hast power and person.
Go and be ruled; although I know thou hadst rather
Follow thine enemy in a fiery gulf
Than flatter him in a bower.