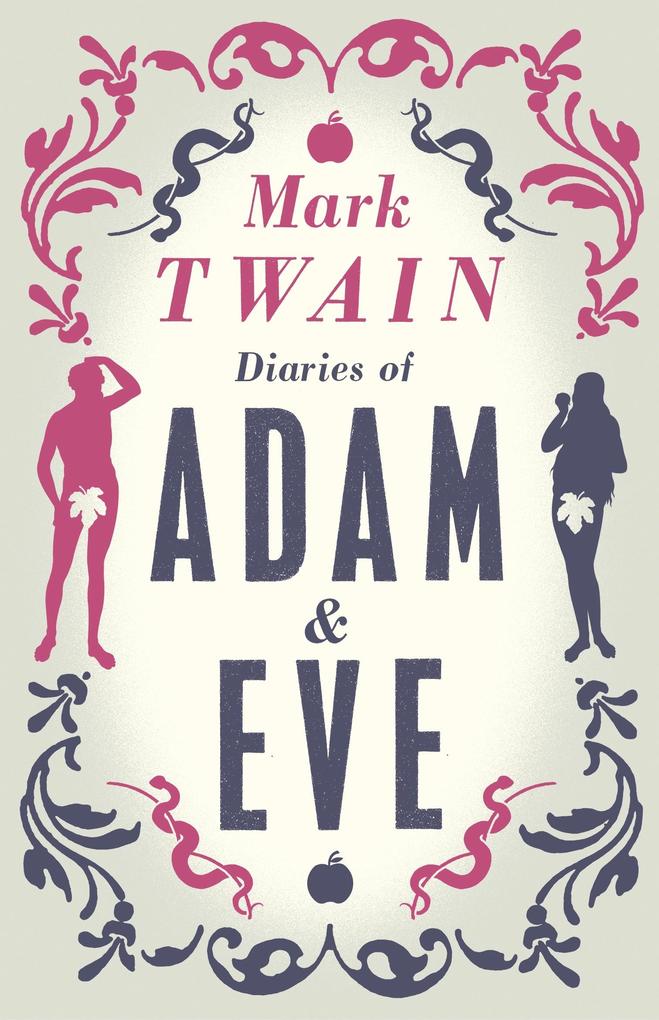 ADAM: We have named it Cain. She caught it while I was up country trapping on the North Shore of the Erie; caught it in the timber a couple of miles from our dug-out--or it might have been four, she isn't certain which. It resembles us in some ways, and may be a relation. That is what she thinks, but this is an error, in my judgment. The difference in size warrants the conclusion that it is a different and new kind of animal--a fish, perhaps, though when I put it in the water to see, it sank, and she plunged in and snatched it out before there was opportunity for the experiment to determine the matter. I still think it is a fish, but she is indifferent about what it is, and will not let me have it to try. I do not understand this. The coming of the creature seems to have changed her whole nature and made her unreasonable about experiments. She thinks more of it than she does of any of the other animals, but is not able to explain why. Her mind is disordered--everything shows it. Sometimes she carries the fish in her arms half the night when it complains and wants to get to the water. At such times the water comes out of the places in her face that she looks out of, and she pats the fish on the back and makes soft sounds with her mouth to soothe it, and betrays sorrow and solicitude in a hundred ways. I have never seen her do like this with any other fish, and it troubles me greatly. She used to carry the young tigers around so, and play with them, before we lost our property, but it was only play; she never took on about them like this when their dinner disagreed with them.