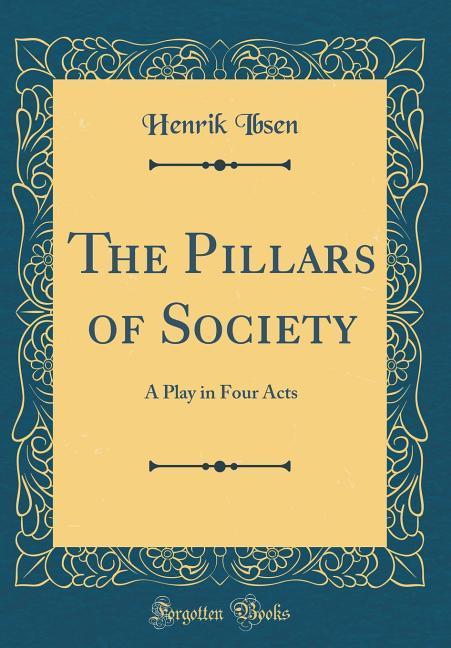 BERNICK: I find I can talk to you as I can to no one else; I shall conceal nothing from you. I had my share in spreading the rumour. You must not condemn me without remembering how matters stood at the time. As I told you yesterday, I came home to find my mother involved in a whole series of foolish undertakings. Disasters of various kinds followed; all possible ill-luck seemed to crowd upon us; our house was on the verge of ruin. I was half reckless and half in despair. Lona, I believe it was principally to deaden thought that I got into that entanglement which ended in Johan's going away. You can easily imagine that there were all sorts of rumours in the air after you two had left. It was said that this was not his first misdemeanour. Some said Dorf had received a large sum of money from him to hold his tongue and keep out of the way; others declared she had got the money. At the same time it got abroad that our house had difficulty in meeting its engagements. What more natural than that the scandal-mongers should put these two rumours together? Then, as Madam Dorf remained here in unmistakable poverty, people began to say that he had taken the money with him to America; and rumour made the sum larger and larger every day. I clutched at the rumour as a drowning man clutches at straw. I did not contradict it. Our creditors were beginning to press us; I had to quiet them--to prevent them from doubting the solidity of the firm. I let it be thought that a momentary misfortune had befallen us, but that if people only refrained from pressing us--if they would only give us time--every one should be paid in full. And every one was paid in full. Yes, Lona; that rumour saved our house and made me the man I am. A lie ... yes ... but whom did it hurt, then? Johan intended never to return. [Pause.] Look into any man you please, and you will find at least one dark spot that must be kept out of sight.