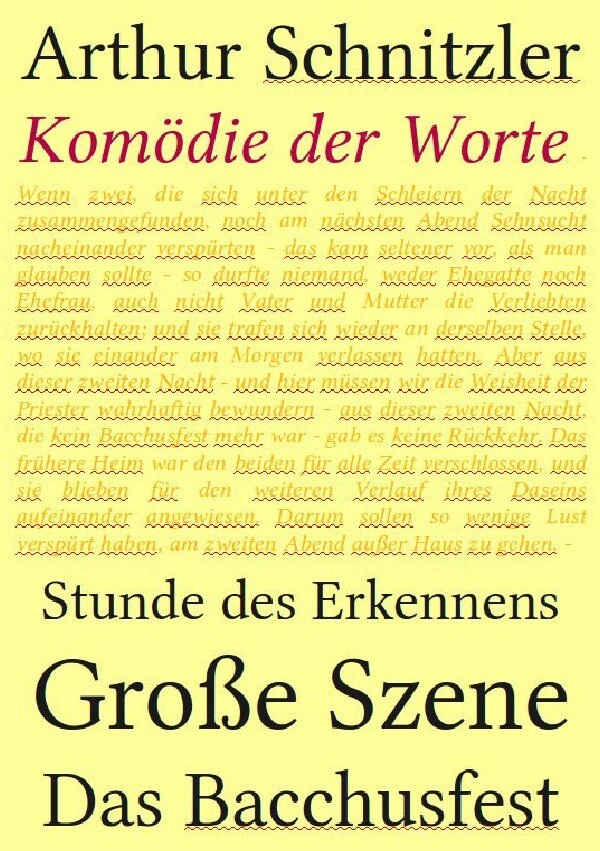 EDGAR: Mr. Herbot, I don't feel disposed to doubt your mood and, I take it, there is no question about mine. Don't let's go through a scene of high-sounding words. Mr. Herbot, we want, if possible--and to me it is possible--to talk like two men--no, let alone every vanity and every question of honor in the accepted sense, like two human beings. I ask you for the last time, Mr. Herbot, please to abandon the manner you have assumed thus far. I don't for a moment question the correctness of it. But please understand that a human being confronts you now, Mr. Herbot, one who demands nothing but the truth, whatever it may be. You follow me, Mr. Herbot? One who, however poignant it may be, is ready to bear it. Understand me, please, Mr. Herbot, I come neither in the guise of a fool nor as an avenger to one who is either a knave or who has been unjustly so accused. Human to human! If it fell out as I suspect, Mr. Herbot, it probably was no dastardly act. If otherwise, then it wasn't very far from it. But no matter what has happened, nothing in the world could force us to face one another with pistols so that one of us might--

Not yet. You're going to go on lying, I suppose. But please listen to what I have to say. I have lived through many things--I know what a mere fragrance, what the perfume of summer evenings can do with us. I know, too, how far behind us we can thrust our lot like a dream which has been told as a tale by a stranger. And I know that I am prepared to endure anything, except uncertainty. I can forgive everything but lies. See how easy the truth is made for you! I trust you are beginning to understand. Or do you suspect perhaps that I am laying a trap for you, unawares. I have, I think, surrendered myself completely into your hands, Mr. Herbot. I've stood here like the most pitiful clown. If I had wanted to take advantage of your confession and entrap you and then to resume the affronted bridegroom; if this were so, you would be at liberty to deny me all satisfaction, spit in my face for, whatever you may have done, I should have been viler than you by far. Can you hesitate still, Mr. Herbot? Never, I feel, has one man spoken to another as I have done to you. Were you Daisy's lover? You are silent? You must speak. You must speak the truth, before it is too late. Yes, Mr. Herbot, before it is too late. For should I casually learn the truth later--and things of this sort are known to exist; there are such things as belated confessions by women--then ... then I won't hesitate to strike you down.