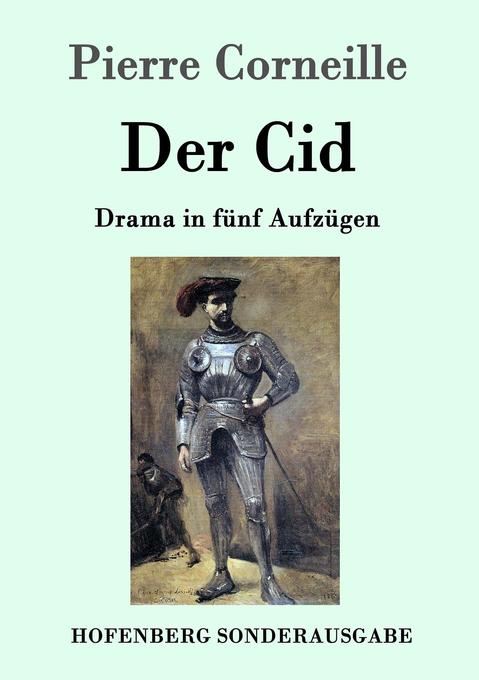 DON DIEGO: O rage! O despair! O inimical old age! Have I then lived so long only for this disgrace? And have I grown grey in warlike toils, only to see in one day so many of my laurels wither? Does my arm--which all Spain admires and looks up to--does my arm, which has so often saved this empire, and so often strengthened anew the throne of its king, now betray my cause, and do nothing for me? O cruel remembrance of my bygone glory! O work of a lifetime effaced in a day! New dignity fatal to my happiness! Lofty precipice from which mine honor falls! Must I see the count triumph over your splendour, and die without vengeance, or live in shame? Count, be now the instructor of my prince! This high rank becomes no man without honor, and thy jealous pride, by this foul insult, in spite of the choice of the king, has contrived to render me unworthy of it. And thou, glorious instrument of my exploits, but yet a useless ornament of an enfeebled body numbed by age, thou sword, hitherto to be feared, and which in this insult has served me for show, and not for defence, go, abandon henceforth the most dishonored of his race; pass, to avenge me, into better hands!